Why Ayurveda is so popular in India

Just as a cloak makes one comfortable physically and mentally in the winter season, Ayurveda is a way of life that keeps one physically and mentally, at its maximum level possible. More than just merely healing, it is a way of life that helps one to have holistic growth in all aspects. It makes one aware of one’s bodily culture, strengths, weaknesses, and rules. Thus, by helping one to analyze oneself and staying more positive, it has always been rooted in the culture of the Indian Subcontinent and continues to be highly popular. Given below are the top reasons:

A way of life

The difference between Ayurveda and other forms of treatment was that Ayurveda wasn’t just treating ailments but preaching to avoid those ailments. It wasn’t mere healing but preventing from falling ill by having the right way of life. Thus, this fundamental difference in promoting good health and preventing diseases or any other harm for the body,  made Ayurveda highly famous. In simple terms, Ayurveda insisted on staying healthy, that was the first and foremost thing that people obtained in Ayurvedic way of life. Thus, it became a popular philosophy of living throughout the world and especially in India, since Ayurveda had its roots in the Indian Subcontinent.

Ayurveda stood apart from other treatments and philosophies by yet another key difference too.  It aimed not just in making one physically free of diseases but aimed at promoting physical, mental, and emotional well being. Hence, it aimed at holistic growth for which the essence realized an individual’s utmost potential as a human being. The understanding of oneself and one’s body is inevitable and is highly required to sort out the existing problems and to aim at solutions.

Passed on through generations

Above all, importantly, Ayurveda, with its very many branches, was born and had its origin in the early years of human civilization. Due to this, it became a core part of the living style of humans and was taught, propagated, and passed on from famous scholars to their pupils orally. But, as technology grew, the oral teachings about Ayurveda were converted into printed forms later.  Thus, this evidence of the pious healing practice that had its roots from the past long back is never outdated or non-scaleable. Thus, the practice can be seen today with guidance and essence taken from the written records. Therefore, the concept of Ayurveda is passed on and never stagnate at a point. So, it is popular, like Homeopathy therapy.

The concept in pasts mightn’t apply to that of today as times continuously change. But the themes of health, diseases, healing, treatment, and well being are constant and applies to all eras and periods. Thus, Ayurveda survives in all periods and applies to all times. Hence, Ayurveda is widespread and continues to be renowned and sought after at all times.

Ayurveda is thus a way of life, and reasons like those mentioned above boosted its popularity in India. 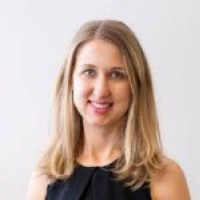 I have been a travel writer since 2010 and also involved in the launching of start-ups travel companies for over 5 years. I have keen interest in writing her own experiences about travel tips.

How to Always Look Trendy in 2020
Next