Lately there have been lots of rumors and speculation about the procedures Kylie Jenner, the 17 year old star of “Keeping Up with the Kardashians” reality show has done. If we compare the photos of this young star, it is obvious that she looks very different now than just a few years back, and much older too. According to plastic surgeon Mark Ho Asjoe who did a study with the Mirror magazine, it seems that Kylie has had so many plastic surgeries that she has aged herself by 10 years at least. He suspects she has had fillers to her lips and cheeks, a nose job and possibly some bone shaving around her jaw, as well as breast and booty injections.

Even with all this speculation in the media, Jenner has only admitted to having had lip fillers. She said “I have temporary lip fillers. It’s just an insecurity of mine, and it’s what I wanted to do.” Another surgeon, Schulman, who is an assistant professor at the Mount Sinai School of Medicine, commented that he’d hesitate about doing this procedure on someone so young, but that he didn’t have any safety concerns except for psychological effects of changing one’s appearance. Temporary lip fillers are arguably the safest, they are hyaluronic acids, which is basically a sugar gel, and the body breaks it down, as opposed to permanent fillers like silicone injections.

It is said Kylie could have had the so called lunch-hour nose job or non-surgical rhinoplasty. This is a non surgical nose job in which the shape of the nose is altered by applying injectable fillers, most commonly hyaluronic acid ones like Restylane and Juvederm. We can’t know for sure if she has done it, but she has definitely spoken of wanting to do it.

She allegedly also got a breast and butt augmentation, an eyebrow lift, upper eyelid surgery, a chin implant and jaw reshaping. It is most likely she has altered her butt to catch up with one of her famous sisters. An inside source said Kylie always wanted a butt to match her sister’s, Kim Kardashian’s, and that she was happy with the results now and showing them off.

But it is not only her booty that has suddenly grown, she has started wearing more revealing necklines to show off her cleavage. However, she denies having gone under the knife saying: “To [whomever] thinks I had breast implants, there’s a whole lot of tape in here, holding these up.”

As a psychologist has commented recently, if Kylie had been born in a normal family, she wouldn’t have felt like she needed to compete for the love of the audience and the world with her older sisters, who have already made their fame from being seen as sexy and gorgeous. The main problem is that she’s had the Kardashian tribe for role models and all of them have undergone a lot of plastic surgery so this is not something out of the ordinary for this teen. It is seen as normal and desirable and a way to succeed in life. We can only hope she manages to find better ways to deal with sister rivalry and other avenues to prove herself and get public attention. 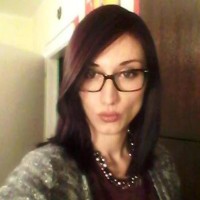 Your 7 essential smoothies
Next