What is the Importance of Mass Spectrometry in Drug Development?

The discovery and development of a pharmaceutical drug are accomplished with an understanding of proteomics, mechanism of action, off-target binding of drugs, metabolite identification, and drug molecule quantitation. All these aspects are assessed with the help of analytical tools such as mass spectrometry.

The mass spectrometry analysis has an inherent edge over other analytical techniques due to its high sensitivity, better ionization methods, enhanced speed, and better resolution. The data analysis through MS technique further exhibits the power of characterizing the compounds of the given biological sample and complex mixture of the sample.

• Ionization for the conversion of the analyte to ions or gaseous phase.
• Analysis for determination of ions formed during ionization.
• Detection for recording abundance of ions.
Offering a comprehensive analysis of drug development aspects, mass spectrometry plays a crucial role in drug compound selection. Read below to know how.

In the pharmaceutical industry, the identification of the biologically active site is a crucial activity. For example, for most of the pharmaceutical drugs or biologics, the site of action is proteins in our body. These proteins constantly connect and interact with other cellular body components. To understand the interaction of drug and protein, it is necessary to know the function and structure of these proteins. Both AC-MS (Affinity selection mass spectrometry) and LC-MS (Liquid chromatography-mass spectrometry) can aid the identification and validation of the target.

The ADME (Absorption, distribution, metabolism, and excretion) studies or pharmacological properties provide knowledge of various drug compound aspects. Knowing the ADME properties of the drug compound in the human body gives the time course of that drug. These studies also help the scientists assess the concentration of the drug compound at the site of action, which gives information about the half-life, distribution volume, clearance, and bioavailability of the drug candidate. The supercritical fluid chromatography-mass spectrometry and LC-MS/MS are effective mass spectrometry analysis methods for ADME studies.

Most of the drug molecules or compounds administered by humans target the various body enzymes. Hence, understanding the interactions of enzymes with drug molecules and quantitation of bioanalytics are both imperative. Fortunately, mass spectrometry can assist in the assessment of these factors and interactions during in vitro studies.

Identifying metabolites in a given biological sample is a crucial task if it contains complex chemical species or concentration of metabolite of drug compound is less. In low concentration of metabolites, it is not possible to utilize ion current chromatogram as several factors can impact the concentration. These factors are the affinity of plasma protein binding, uneven distribution due to membrane transporters, and pH effects. The biomolecular mass spectrometry or HPLC-MS methods allow effective identification and quantitation of drugs.

The application of mass spectrometry analysis has changed a lot in the last few decades. In the past few years, new methods such as HPLC-MS, LC-Ms/MS, LC-MS, etc. have made it possible for mass spectrometry to aid identification of the target, metabolic profiling, ADME study, and in vitro trials. 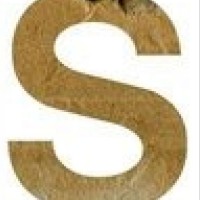 Hi i am Shashi Ranjan, I am talented and experienced digital marketing professional and also a prolific blogger. I am committed to assist the businesses to succeed in an increasingly technological environment.

10 Healthy Habits that you Should Adopt this Year
Next