What Is the Best Time to Catch Crappie?

What is the best time to catch crappie?

If you want to go home with a catch, time your trip right and know when to go in this article!

When out for a fishing trip, nothing disappoints more than going home without any catch, even after hours of waiting. If you’re been planning to catch crappie all day long, the reason why you come home empty-handed may be due to timing. But what is the best time to catch crappie anyway?

Read on as I give you tips on when to catch crappie for better success!

What is the Best Time to Catch Crappie?

Crappie is a popular type of fish many anglers catch because they have a wide-ranging habitat around North America. These fish also have delicious white meat, another reason why anglers aim to get them! If you want to make sure you catch crappie and come home with meat to cook, here are the best and worse times to fish:

The Best: Evening and Early Morning

With crappie, it’s highly recommended to catch them while they are feeding. This happens between midnight until 2 AM.

Dawn and dusk are also great times to catch crappie, as they continue feeding during twilight hours. You should aim for feeding hours because they come to shallower areas searching for food such as insects and minnows. That’s why you can cast your bait at that time, increasing the likeliness of them biting into it for the catch!

The Worst: During the Day

During daylight hours, crappie are in deeper areas of the waters. This will make them tougher to catch, though this depends on the season you’re fishing.

You can still catch crappie during the day when the spawning season begins, as males would guard nests in shallow waters. They would attack anything that may threaten their eggs, making it easier for you to catch a few around your area.

Also, if you plan to fish during the winter, you can catch some crappie in the afternoon. Water temperature is at its warmest during these times, so fish will swim closer to surfaces for food.

Fishing For Crappie During Certain Seasons

Besides knowing what part of the day to catch crappie, here are what to expect when fishing throughout the seasons:

• Springtime and early summer are the times fish spawn, between March to July. This is when crappie are in shallower waters, making them easier to catch. (https://huntfish.mdc.mo.gov/fishing/species/crappie/crappie-tips-fishing)

• Summer is the time crappie heads back to deeper waters, making it difficult to catch them unless you have a fishing handheld GPS and patience!

• Fall is a difficult time to catch crappie, though it’s still possible as long as you use minnows as lure and fish during the night.

• Winter is a great time to fish since they are not hibernating, though you should catch them during the warmest hours.

Learn more about fishing for crappie successfully and timing your trips correctly in this informative video: https://www.youtube.com/watch?v=X81qWG_u6fM

Hopefully, you learned a lot and my article answered your question, “what is the best time to catch crappie?” Now that you know the answer, schedule your fishing trip at the right times now! 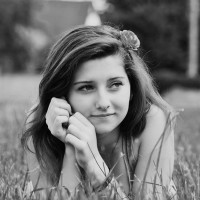 I'm Nivi Watson blogger and content writer. I came Across the blog of your site. I'm writing about home improvement, health, lifestyle, technology, and much more.

How CBD Oil is Beneficial for Cancer Treatment?
Next
We use cookies to ensure that we give you the best experience on our website. If you continue to use this site we will assume that you are happy with it.Ok