What are some common benefits of cosmetic procedures?

The plastic surgery capital of the world, South Korea, has the most plastic surgeries recorded per capital globally. Sources claim that nearly a million surgeries were performed in the country in 2014 alone.

People opt to go under the knife for many reasons. The decision is a personal one.

In the words of the iconic Samantha Jones, “I don’t believe in marriage. Now, Botox, on the other hand, that works every time.”

Cosmetic procedures have been the subject of considerable criticism since its advent. The debate against cosmetic surgery notes that it promotes BDD, or Body Dysmorphia Disorder, and panders to society’s obsession with body image.

Renowned celebrities, including Kate Winslet, Lady Gaga, and Salma Hayek, have openly spoken against cosmetic procedures in the past.

Kate Winslet once said, “Plastic surgery and breast implants are fine for people who want that if it makes them feel better about who they are. But, it makes these people, actors especially, fantasy figures for a fantasy world.”

Looking at the scientific side of things, many note that cosmetic procedures are unhealthy for the body as they are extremely painful and come with various potential risks and complications.

People generally look at the worst examples when debating against cosmetic procedures – Rodrigo Alves, a.k.a. The Human Ken Doll, Joan Rivers, Donatella Versace, etc. Too much of anything always raises red flags. Minimally and moderately invasive procedures, however, can potentially change someone’s life.

Despite contradictions, cosmetic procedures come with an array of benefits that often go unnoticed.

We are here to point out those positives for you. Let us get started.

Self-esteem issues stem from insecurities. Once the root cause of that insecurity is fixed, you automatically feel better about how you look, and when you look good, you feel good.

Many often argue that basing self-esteem on physical appearance reflects complex underlying mental and emotional issues. While that is true to an extent, understanding the patient’s concerns and his or her motivation behind the decision is crucial.

Self-confidence refers to a person’s ability to believe in themselves. Those who struggle with body image issues benefit the most from cosmetic procedures. The degree to which someone’s self-confidence is scarred is variable.

For instance, someone might be concerned about their muffin top to the extent that they avoid wearing crop tops. On the other hand, another person might be so distressed because of it that they find it hard even to leave their house. In the end, it all comes down to perception.

In such cases, cosmetic procedures play an integral role in invoking a positive change. It enables a person to feel good about themselves, which subsequently leads to a better quality of life.

A research study published in Clinical Psychological Science noted that plastic surgery and cosmetic procedures allow patients to experience greater joy in life, along with a sense of satisfaction and improved self-esteem.

The most commonly reported types of pain include lower back pain (28%), knee pain (19%), headache (16%), and neck pain (15%). An estimated 80% of the US population are said to experience back pain at some point in their lives.

This is attributed to a multitude of reasons. One of those reasons includes macromastia or overly large breasts. According to a 2012 study published in the Open Orthopedics Journal, there is a significant positive correlation between shoulder-neck pain and a large brassiere cup size.

Women with overly larger breasts frequently report pain in their back, neck, and shoulder. Unlike other types of pain, this one is of the sort that they cannot find relief from in any way.

Breast reduction surgery is often perceived to be a cosmetic procedure. However, for many women, it is a source of pain relief.

According to the results of a 2012 systematic review of 11 studies published in the PRS Global Open, reduction mammoplasty results in an evident improvement in the signs, symptoms, and quantifiable measures associated with spinal problems owing to large breasts.

Owing to the gradual shift towards unhealthy dietary and lifestyle choices, more and more people are now reporting with health issues ranging from hypertension, obesity, and diabetes, to name a few.

How does obesity contribute to diabetes?

One way of reducing your chances of developing diabetes is by encouraging weight loss. The reduced fat content of the body, i.e., the number of fat cells in the body, aids insulin activity, and ensures that it works at its optimum level.

People with a family history of diabetes and obesity should be especially careful in this regard. They must make healthy dietary choices and exercise regularly to encourage weight loss. Various studies examined the effect of these measures and revealed as much as a 60% reduction in developing diabetes.

Weight loss, however, like most things in life, is a journey that takes a lot of time and effort. While some succeed in losing weight efficiently, others tend to struggle with it. This is where liposuction comes into the picture.

Liposuction is a cosmetic procedure; however, it comes with additional benefits such as helping reduce the risk of developing diabetes. Many professionals question this finding; however, a study by Sharon Y. Giese of the SUNY Downstate College of Medicine noted that 75% of the study’s recruited subjects revealed improved insulin resistance following liposuction.

A deviated nasal septum is a common finding in which the patient’s septal wall is misaligned, resulting in an asymmetry of the cartilage that supports the nasal cavity. This enables one nostril to become more obstructed than the other resulting in a moderate to severe disruption in airflow.

A rhinoplasty is a simple cosmetic procedure that is used to alter the structure of the nose, including a deviated nasal septum. While some may think that a rhinoplasty primarily addresses aesthetic concerns, in reality, a rhinoplasty can help save someone’s life. This procedure enhances respiratory function by improving nasal airflow and relieves congenital or acquired obstruction.

The International Society of Aesthetic Plastic Surgery (ISAPS) surveyed aesthetic and cosmetic procedures in 2016, which revealed that nose surgeries represented 8.2% of the total 11,599,336 surgical procedures recorded. Brazil earned the top spot in the world where the highest number of rhinoplasty surgeries were performed (8.1%).

If you are looking to get a rhinoplasty in New York, be sure to look into seasoned professionals.

According to the World Health Organization, cardiovascular disease is the number one cause of death globally.

Similar to diabetes, obesity also contributes to an increased risk of cardiac disease. Do you know that more than 90 million adults in the United States suffer from obesity?

Increased fat content in the body leads to hypertension and high cholesterol, both of which lead to heart disease.

The association between obesity and other ailments such as hypertension, diabetes mellitus, hyperlipidemia, and sleep apnea syndrome has also been shown to increase the incidence of cardiovascular disorders

Eating healthier and working out regularly help actively reduce weight. If conventional methods do not bring about the desired results, you can look into alternatives such as liposuction.

In addition to addressing aesthetic concerns, liposuction helps reduce your risk of developing a heart condition.

Patients with eye problems such as droopy eyelids and dry eyes can benefit from a simple cosmetic procedure called a blepharoplasty.

A research study published in the International Journal of Ophthalmology in 2016 tested and proved this hypothesis by noting that upper lid blepharoplasty could help improve visual quality.

Another 2004 study presented at the American Academy of Facial Plastic and Reconstructive Surgery Annual Meeting investigated the occurrence of continued blurred vision after blepharoplasty. The results of the study showed that only a small percentage (5.7%) of the respondents presented with vision problems following the procedure.

Cosmetic surgery aims at enhancement. Will it change your life? No. Will it make your life better? Yes, because it may give you more self-confidence and add to your sense of wellbeing.

We live in an era that empowers freedom of expression and accepts individuality. You have the right to do what you want with your body without feeling judged.

With the advent of women’s empowerment and body positivity, the masses are finally starting to understand that we all have the right to be who we want to be.

Self-love is a journey – a taxing one. Therefore, it is okay if you are not happy with the way you look. No one truly is. If a simple cosmetic procedure can allow you to feel more content and love yourself more, then, by all means, you do you. 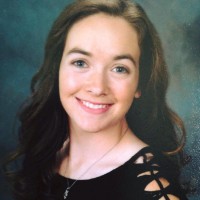 Evie Harrison is a blogger by choice. She loves to discover the world around her. She likes to share her discoveries, experiences and express herself through her blogs.

Why Display Boxes Are Effective in Marketing?
Previous

Vacation Home is Better than Staying in a Hotel
Next