Visiting Dubrovnik – The Pearl Of Adriatic

One of the most fascinating cities in Croatia is Dubrovnik, a place where time seems to have frozen at the moment when art and architecture were at their zenith. The glorious buildings of the Old Town, the bright red roofs of the medieval houses, and the beautiful stretches of sand that caress the sea make Dubrovnik a wonderful destination for travelers. From the majestic stone walls that fortify the city to the mesmerizing beauty of the churches, there are innumerable spectacular sights to be witnessed. Following are some of the most stunning locations that have adorned Dubrovnik with the title of the Pearl of the Adriatic.

The most remarkable feature of Dubrovnik are the mighty stone walls that once protected the citizens from invaders and enemies. These walls run for thousands of meters and are one of the most efficient fortification systems designed in the medieval ages. Beautiful towers and gates add to the grandeur of these walls, with the Gate of Pile and Minceta Tower being exceptionally magnificent. Fort Bokar and St. John Fortress are some of the forts built into the complex design of these walls and are most definitely worth of exploration. The walls even run parallel to the seashore and look over the harbor and the expansive Adriatic Sea. Since 1979 The City Walls Of Dubrovnik are considered as UNESCO’s World Heritage Site.

There is no better way to experience the true culture of Dubrovnik than a walk down the main street or Stradun. This pedestrian street is paved with limestone and runs for around 300 meters through the heart of the Old Town. The site of a shallow channel was converted into the main thoroughfare of the region in the 13th century. Ever since then, Stradun has been the pulse of this enchanting city. Bursting with life at all hours of the day, Stradun is embellished with some fine pieces of architecture, such as the Large Onofrio’s Fountain and the old Franciscan Monastery.

Sitting atop a large rock that glows in the sunlight is the impressive fort of Lovrijenac. Standing like an isolated guardian of the city, the fort exudes a mystical appeal. The backdrop of emerald green vegetation and the brilliant blue waters of the surrounding sea further paint a surreal picture. Several years ago, this staggering fortress played an important role in defending Dubrovnik against attacks from both the land and the sea. The intriguing interiors still hold some relics and cannons from the bygone era. Lovrijenac Fort these days serves as a prestige venue for theatrical performances during the Dubrovnik Summer Festival of Arts.

St. Blaise’s Church was constructed in 1715 on the foundations of a damaged Romanesque church. Original building has been a victim of the great earthquake of 1667 and a destructive fire just a few years later. The current building was designed using Baroque style and its most splendid features include the marvelous dome, the marble altars, and the ornamented portal. The main altar holds a spellbinding statue of St. Blaise, who is considered the patron of Dubrovnik. There are also beautiful stone sculptures that possess an enthralling charm and enhance the interior with their presence. Lastly, this church is not just a popular tourist spot, but also a beloved location for wedding ceremonies.

Just a stone’s throw from the mainland of Dubrovnik is the magical island of Lokrum. This island is accessible by yacht charter or rent a boat services. Lokrum holds many natural wonders, such as a saltwater lake where you can easily float as you would in the Dead Sea. Also worth a visit is the renowned Botanical Garden that displays different exotic species of flora, including trees, flowers, and plants from all around the globe. You can take a stroll through the quiet corridors of the ancient Benedictine Monastery for a glimpse of the history of the region, or enjoy a picnic on the pristine beaches that run along the periphery of the island.

With so many breathtaking destinations packed into one city, you will never run out of things to do when you visit Dubrovnik. This city is an excellent depiction of the cultural and natural diversity of Croatia. 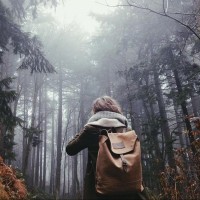 Name's Alisa, I'm a graphic designer with a soft spot for anything tech related. A passionate traveler, interested in learning about culture and history of places I'm visiting. Enthusiast hiker, eco-activist and an aspiring writer from time to time.

A Helpful Guide to Your Perfect Flooring Solution
Next