According to the World Health Organisation, ‘…about 1 in 3 (35%) of women worldwide have experienced either physical and/or sexual intimate partner violence or non-partner sexual violence in their lifetime’. This however is an official head count which, if added to the unofficial headcount may triple the number, as most cases are not reported to the office of law for the sake of securing the dignity of the family. Thus, apart from being in charge of one’s financial security, women should also be in charge of their physical security to achieve holistic independence. So, below mentioned are ten reasons why women should take self-defense classes –

Thus, be it for confidence or to use it as a realtor safety tip, be it to battle violence or to spread body positivity, in every way female Self defense classes empower women. 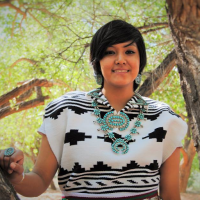 Jenny Clarke is a professional writer, blogger who writes for a variety of online publications. She loves writing blogs and promoting websites related to education, beauty, fashion, travel, health and technology sectors.

Eyelash Extension Myths and Facts You Should Know
Previous

Six Amazing Trends for Digital Transformation in 2021
Next