The Importance of Ocean Preservation

We listen to global warming, pollution and climate change warnings every day. Unfortunately, it still seems as if people were doing much more harm than good and scientists are warning us that we’re about to hit a point of no return. This can be seen in many photos as well as in the climate of the area where we live. A huge portion of the whole process is water pollution. So much waste is being dumped in the oceans and it seems surreal that we cannot seem to stop these horrible actions. It’s not just about the waste, many human actions affect the state of the oceans in a negative way and we really need to stop this. Perhaps the first step towards that is being aware of the significance of ocean preservation. Let’s dig into it.

People who feel that the whole urge is overdramatic should take a closer look and do some research. As vast as the oceans may look, they are not infinite black holes that can swallow anything and regenerate themselves. The really disturbing photos of animals being hurt by plastic waste as well as the amount of waste in the water are truly depressing. It affects both the flora and the fauna of the ocean. The MBCS states that the number of endangered species is rapidly increasing and it now includes sea turtles, salmon, whales, manatees, as well as many species of seabirds. Marine ecosystems contain more than half of the species of the world and any damage done to the ocean is a direct attack on each and every one of these species.

It would be best if we all did our share to preserve the oceans, but for starters, we need to make sure we’re not doing harm. Sometimes we commit crimes due to ignorance and this has to stop. This is why one should take the time and effort to make sure their business meets the law requirements. So, if your business is ocean or coastal related in any way, we urge you to hire one of the best hydrographic survey companies that will make sure you’re not in violation of any ecological law. They should meet International Hydrographic Organization standards, so do a background check on the company before you hire them and see if they honor these standards or any equivalents.

Oceans host about 80 percent of the planet’s biodiversity and they are undoubtedly the largest ecosystem on Earth. It’s no wonder that they’re an important source of food. About 20 percent of animal protein is provided by fish, not to mention that marine invertebrates produce substances that have anti-cancerous and anti-inflammatory properties. Many marine species are known to have a very useful medical impact against various diseases.

Oceans actually regulate the climate. They absorb one quarter of all the carbon dioxide that is being emitted by humans into the atmosphere. The huge majority of the additional heat caused by global warming is stored in the oceans, about 90 percent, to be precise. Without them, temperatures would be too unstable to sustain the life of many species, including humans on the planet. They also affect the weather as they absorb sun rays which results in water being condensed and stored in clouds that produce rain later on. As you know, rain is the source of life on its own for many species.

We all know that water has a therapeutic effect on us. It reduces anxiety and the mere sight of the infinite blue ocean can make us feel calm and positively affect our mental health. Spending time in water gives our body a natural hydromassage and moves all our muscles. The salty water rejuvenates our skin, we experience a natural detox and a cleanse absolutely free of charge.

All in all, the importance of ocean preservation is directly proportional to the survival of life on planet Earth and it needs to be taken extremely seriously. There is no time for contemplating the problem, it’s time to act. So, start spreading the word and recruiting people to help. Things have definitely gotten out of control and we have very little time to salvage the situation. 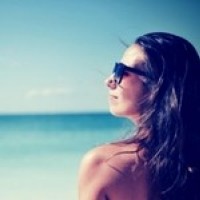 Olivia is psychologist and entrepreneur from Brisbane. Mother of two beautiful children and proud owner of two silly boxer dogs. She is passionate writer, a traveler and conscious consumer, seeking healthy and sustainable products to incorporate into the lives of her family. Her motto is “Be the change you want to see in the world”.

10 Myths that need to be finished about Non-Profits
Previous

Terrific Activities You Have to Try on Your Summer Vacation
Next