It’s hard to imagine life without cars, most of us (if not all) will agree. They’re our best friends when running errands: commuting, picking up children, going shopping, to the gym, or hurrying for an afternoon session of gossip over a caramel latte.

And it’s even harder to imagine cars without music. Especially during long drives, we usually turn the radio on, relax and enjoy the ride.

But what exactly do we listen to, and how? Check out what car goers revealed about their music preferences. They shared their favourite and most hated driving songs and much more!

Singing in the car rocks

A huge majority (83.7%) of drivers like to sing along while listening to music. 38% admitted to always singing, 30.8% only do it when their favourite songs are on and the remaining 14.9% are respectful towards their passengers and answered they sing only when they’re alone in the car.

It’s official now: singing in the car rocks! It turned out to be 4 times more popular than singing in the shower although the choice was tough. Would you rather risk being heard by your neighbours or seen by fellow drivers and pedestrians?

Why do we actually listen to music while driving? Well, it turns out that over half the population does it purely out of love for music (58.8%). Other common reasons include making the journey feel shorter or sing in the car Almost ⅓ of the respondents usually travel alone and listen to music in the car because they have no one to talk to, and almost ¼ claim that music helps them stay focused behind the wheel.

The Radio is not dead

If you think that the radio is a thing of the past, you might be racing towards the future a little too fast… More than half of car goers chose the radio as their number one source of music in the car! It seems that we like to be lazy. Over 35% of respondents never change the station despite ads being played. Only 44% of radio listeners admit to jumping across various stations in search for the best music.

Let’s get down to the nitty-gritty and find out what drivers love and what they hate listening to in the car.

There are millions of songs in the world and everyone has a different favourite, so we simplified the task and compiled a list of some newer hits, old classics and a few most mocked, annoying singles and made our audience choose one favourite. Here are the top 3 winners:

Shape of You by Ed Sheeran

As much as these hits are loved, over 60% of all respondents claimed to be unable to listen to one song on repeat while travelling. People who drive less than a few hours a week were nearly the only ones to claim they could listen to just one song. Among those who barely leave their vehicles because their jobs involve driving, over 80% could never listen to the same song all the way.

The 3 winners aka losers for the most hated category were:

And you? What’s your favourite and most hated song? Share your picks below! 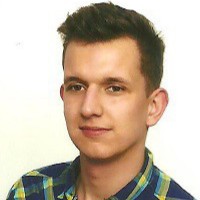 Dream home is easy to get with these few steps
Previous