Report Like No Other On Cosmetic Surgery Trends Across World

Cosmetic surgery is done to increase the aesthetic appeal of a person’s physique by working on facial features, and other body parts. Technological advances in medical science have given birth to many types of cosmetic procedures that were not viable earlier. Be it defying the aging process or enhancing one’s features in a bid to look better, cosmetic surgery has become the ultimate solution for all such needs. It is no longer an elite only affair, but people from all economic classes and backgrounds have access to multiple surgical procedures available in the healthcare industry.

Just how big this craze is can be deduced from the findings of a report published by Medzino on their website. This report reveals cosmetic surgery trends across countries, genders, and ethnicities all across the globe. Here’s a sneak peek into the report, you can access the full report here.

As can be seen from the above illustration, four types of cosmetic surgeries stand out to be the frontrunners in the field of cosmetic procedures – breast augmentation, liposuction, eyelid surgery, and nose job.

Amongst the four, breast enlargement and other breast surgeries have the biggest numbers to themselves. With a whopping 15.5%, breast augmentation stands out as a massive trend and this can be because of various underlying external factors. One of them could again be the influence of Hollywood and the American belief that – ‘bigger is better’.

After breast augmentation, liposuction stands second in the world’s obsession with cosmetic procedures. It is carried out to permanently remove fatty tissues from the body for a lean look. But what is more surprising is that per capita liposuction surgeries are the highest in China. This can be dedicated to the fact that China has a relatively lower cost of cosmetic procedures than the West. On the other hand, East Asia has become the world center for eyelid surgeries in the world. Eyelid surgeries are done to make the eyes bigger and broader – such a fad amongst east Asian countries can be due to the influence of western beauty ideals and the resultant desire to appear more ‘westernized’. People are also looking for small beauty treatments and surgeries such as face lifting, laser hair removal, skin tightening, skin rejuvenation, lip fillers, and more. If you are looking for such a treatment, you can visit https://bloomaestheticsmedspa.com/baytown-vampire-facelift/ or your nearby cosmetic surgeon.

Even though a complete range of cosmetic procedures is offered worldwide today, particular surgeries are more popular than others in different countries. Another section of the report covers plastic surgery hotspots worldwide and it is worth having a look.

To save our readers from information overload and confusion from all these facts and figures, Medzino came up with a witty solution – an interactive world map which lets the user move across the world by selecting an individual country – it then shows how popular all the cosmetic procedures are within that region. And vice-versa, when you select a specific cosmetic procedure, it highlights the areas on the map through varying depths of color depicting the popularity of that specific procedure across the world. 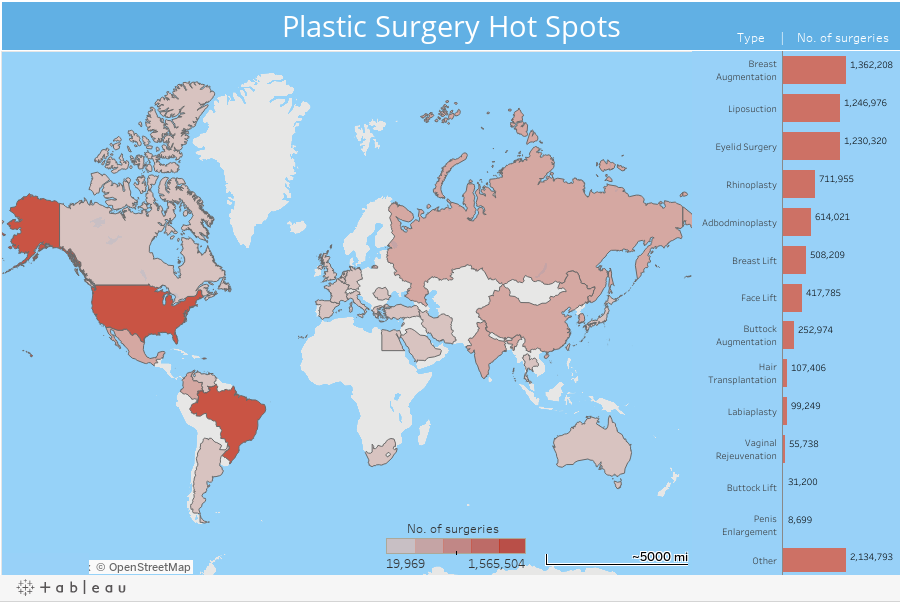 Yet another interesting perspective from the report is the gender-based preferences towards cosmetic surgeries. According to the report, men and women are now spending equal time and money on enhancing and maintaining their looks. It comes as a surprise that women still vastly outnumber men in the number of cosmetic procedures performed worldwide. This can be because a majority of surgeries offered over the years have been tailored to women and other surgical procedures are exclusive to men. Ironically, men are more inclined than women towards other procedures which transcend gender constraints – such as liposuction and tummy tucks.

Both men and women are turning towards genital cosmetic surgery as a solution to sex-related problems involving genitalia deformities or other issues. Major cosmetic surgeries that have gained prominence in this area are shown in the illustration given below.

The importance of training a puppy
Previous

Strategies to Increase Customer Retention for E-commerce Website
Next
We use cookies to ensure that we give you the best experience on our website. If you continue to use this site we will assume that you are happy with it.Ok