My Most Beautiful Scenes In Chinese Cinema

Chinese Cinema offers some of the most stunning scenes in all of cinema. The colours of not only the fashion, but the cities and the nature contains such variety that any palette would be happy. China seems to relish taking on period pieces and harking back to the days of dynasties where huge battles and royal intrigue was rife. Too often Asian cinema is boiled down to Kung Fu or animation, and while that is something that is incredibly popular, the big dramatic features are just as important and significant holding their own place in world film. Here is just a selection of some of the most breathtaking moments from Chinese films.

The Beauty Song in the House of the Flying Daggers by Zhang Yimou has everything you could want in a single scene, comedy, romance, action and music. The scene is set in a brothel of sorts in rural ancient China. A woman performs a chilling song about beauty until it is slowly revealed that she is blind. The performance by Zhang Ziyi is as classic as they come and the screeching Erhu gives you the chills for all the right reasons.

In the Mood For Love is a Hong Kong thriller involving an affair in the claustrophobic streets of Hong Kong in the 1940’s. A lonely man is seen passing a woman daily in the street both collecting their dumpling meal and both living next door to each other. The tension is only further increased when you hear Shigeru Umebashi’s Yumeji’s Theme being plucked over it as it perfectly sums up the secretive nature of what is happening in the film. It is also masterly shot in the dark and dingy alleyways of Hong Kong.

Another master piece by Zhang Yimou is The Curse of the Golden Flower which sees a sadistic Emperor played by Chow Yun Fat fight off his own family who attempt to take his throne. The whole film takes place in a breathtaking palace where servants are constantly laying flowers to cover the floor. The carpeted floor of the Palace’s square looks incredible on the eye and shines almost as much as the characters’ costumes which are decked out in gold at almost every opportunity. The films ending will shock and leave you in awe, but it is the final scene involving the flowers which will hit home the hardest. I just can’t fully tell you what it is, as that would be spoilers! 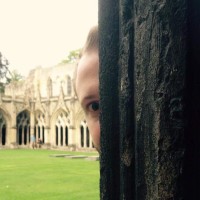 7 Easy Steps To Remove Your Acrylic Nail Paints
Next
We use cookies to ensure that we give you the best experience on our website. If you continue to use this site we will assume that you are happy with it.Ok