When looking for love online, one has a myriad of options: Loveawake for the casual dater, eHarmony for those on the marriage track, Fitness Singles for the athletically inclined, and even Christian Singles for those folks looking based on faith. Plenty of sites advertise themselves as a place to find a mate, but what about the less obvious? What about Facebook? With everyone so plugged in and providing so much information about themselves on the social networking site, is it really that much of a leap to find dates on Facebook as well? Is meeting new people via Facebook becoming fairly normal or is it still kind of out of the ordinary?

In a sense, Facebook is already used as a singles site for those who aren’t in relationships. If your status says ‘Single,’ most will assume that you’re looking for something, whether it’s a committed relationship, a few dates, or one fun night. However, generally, the people who can see this information about you are friends or acquaintances, not complete strangers. But imagine if a total random sent you a message or friend request because he thought you were cute or she liked your favorite books. Is it all that different from a Match email?

Some will answer with an emphatic ‘yes,’ because their intention by putting ‘Single’ on the site was not to attract dates, but just to list information about themselves. These are the same folks who will tell you that if they wanted to find dates online, they would have put up an online dating profile. They’re on Facebook because everyone else is, and it’s a good way to keep up with friends and family.

Others will tell you that Facebook is no different at all, except that it’s free. If you didn’t want people to approach you, why not remove your relationship status altogether? Advances from strangers (and even friends you aren’t interested in dating) are easily avoided by simply omitting this information. Plus, with so many people making new friends from social networking sites – from Twitter meetups to blogger meetups – why does finding dates in the same manner sound so strange?

Still, others fall somewhere in the middle. While they don’t see themselves looking for potential partners on Facebook as it exists now, they would consider using the site for dating purposes if it had a separate component solely dedicated to matchmaking. The site already places ads for online dating services on the sidebars of anyone who has ‘single’ mentioned anywhere in his or her profile. But if a place existed on the free site to outright tell other people in the area that they were single and looking, these people would feel much more comfortable with the idea of snagging a date on everyone’s favorite social networking site.

Facebook has obviously proved to be useful in plenty of other arenas, from business networking to finding out if your high school crush is already married with kids. But whether or not people are ready to make the leap and use it as a dating site has yet to be seen. For now, you’ll just have to decide for yourself: is dating a stranger from Facebook becoming more common? Or is it still a little creepy? 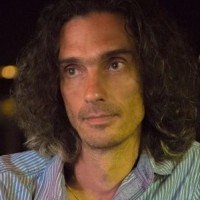 Alex wise is a writer/blogger from New York City. In addition to being a freelance writer, editor, and blogger, he has also been a contributor and features editor for Today.com

Reasons why physiotherapy is important?
Previous

Most Important Things to Consider While Planning a Corporate Event
Next
We use cookies to ensure that we give you the best experience on our website. If you continue to use this site we will assume that you are happy with it.Ok