Australia is a country with a huge territory and a rather low population density. Despite this fact, the country leads in the number of cars per capita and the total length of roads.

In Australia, there is something to see – its main attractions are scattered throughout the continent. Therefore, the best option for exploring the country will be a rental car. There are no problems with rental companies: you can pick up a car at any airport, railway station or in the major city location. Australia is the field for most of the largest rental suppliers, including Hertz, Avis, Budget, Red Back and others. Moreover, young drivers can count on under 21 car rental in Australia with Rental24h.com, which is very convenient for young explorers.

Before you go on a road trip around Australia, check out a few helpful tips to make your journey easy and hassle-free.

In Australia, there are quite stringent requirements for the driver of the rental car. First of all, you must be over 21 years old (in some rental companies over 25 years old), and should have at least 2 years of the driving experience.

At the same time, the driver must have an international driving license. Foreigners are also required to provide a passport with a valid visa – these are must-have documents for each driver.

The roads of Australia are famous for their high quality, gasoline is quite expensive, drivers are very polite, and traffic violations are strictly punished by the police. There are huge fines for any violations in the country. That’s why, driving here is comfortable, calm and order reigns on the roads.

Officially, there are 3 categories of roads in the country: federal, state and local roads – the total length of roads is about 1 million kilometers. More than a third of them are asphalt roads, and only a small part of roads is suitable only for off-road vehicles. The eastern, southeastern and southwestern regions of the country possess a developed road network.

While driving on the Australian roads, take care of yourself. If your route runs through the center of the continent, away from large and noisy cities, then you should be especially careful. In desert areas, gas stations, car services and shops can be located at a distance of 100 – 150 km from each other! Therefore, you must immediately stock up on fuel, drinking water, food and other necessary things.

The traffic policemen are very polite and friendly, but only as long as you haven’t violated anything. After violating the rules, you’ll have to pay a rather high fine. Nobody will give you a favor for being a foreigner.

Don’t try to escape from the police – this is probably the only country in the world where armed road police officers have the right to shoot to kill without a warning shot in the air.

For minor violations, you’ll be fined on the spot. If you don’t pay, your case will be referred to the court, which will consider it in your presence or without it. True, in the second case the penalty will increase many times.

Remember: never exceed speed limits on Australian roads. Otherwise, police will instantly fine you – too many automatic radar and video cameras are located along the roads. Any speeding will cost you money. The penalty for speeding at 20 km/h is, on average, 320 AUD and varies from state to state.

Traffic signs will notify any other changes in the speed limit.

Australia features a huge number of toll roads, tunnels and bridges and it’s worth noting that there are the most advanced toll roads in the world! Toll road sections are located in virtually every major Australian city, and they often help to avoid traffic jams and save a lot of time.

If you plan to drive on Australian toll roads, you should have a special electronic device in the car called e-TAG. In this case, the payment for services occurs automatically at each entrance to the toll road. If not, then it’s possible to pay for travel within 48 hours via the Internet.

You can park your car in Australia where there are no signs prohibiting it. In fact, the major Australian cities offer a network of paid parking lots and garages, usually with hourly rates. As a rule, large parking lots can be found near the center, and quite large street parking lots are located within some busy roads.

Payment for parking is made traditionally in parking meters, which accept plastic cards. Most parking lots are free of charge on Sundays and public holidays. Parking fees vary by state, city, and proximity to the city center.

Usually, in the central part of large cities, parking is the most expensive. It is worth noting that in the center parking is allowed for a maximum of 2-4 hours. A better option would be to park the car on the outskirts of the city and use public transport to get to the center. 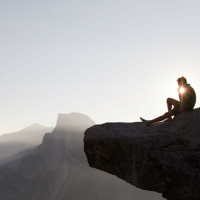 I am a professional writer and content manager on rental24h.com

How To Spot Best Online Women Clothing Place?
Next