The latest offering from UMC Networks, edgy thriller ‘Double Cross’ is a show that’ll brighten up the bleak skyline that has been 2020 so far. With its fast-paced story and edgy dialogue and a story to captivate audiences, this show can’t come fast enough.

The story, in the backdrop of the whole Wayfair and Jeffrey Epstein debacle, is more relevant now than ever. The acting and casting is spot-on, and the plot is enough to leave hanging at the edge of your sofa or whatever.

Double Cross follows two siblings, Eric and Erica Cross as they try to save the women in their neighbourhood from falling prey to a sex trafficking ring, that takes you from a hospital’s emergency room to the mean streets, controlled by ‘The Heights’ Kingpin.

According to the IMDb listing, it was released on 21 May 2020, so its fairly new. Double Cross has been well-received, particularly by the African-American community, since the show stars a majority of young, up and coming actors of said persuasion., the storyline is really impressive as is the concept.

To get an insight of what’s the show about and where does it traces its roots back to, you can read a piece at https://heymuse.com/umc-networks-set-to-premiere-edgy-new-original-series-thriller-double-cross/ to get up to speed on the amazing new show.

Described as ‘Dexter’ meets ‘The Wire’, Double Cross makes the best of both worlds and doubles down with its stellar acting and an even better cast. The network, Urban Movie Channel, is the premier streaming service for Black TV and Film under AMC, the same channel that bought you hits like Breaking Bad, Better Call Saul and The Walking Dead. You can bet your bottom dollar Double Cross follows in the path of these iconic shows, becoming a cult sensation and an overall TV success. 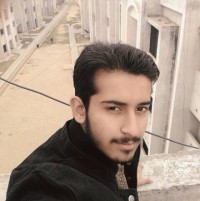 I have been a digital marketer for a long time, but digital marketing goes beyond my career. It has been close to my heart. I derive my excellence in digital marketing from the fact that I treat it as my passion. A prolific writer by day and avid reader by night, I endeavor to share what I have learned from the marketing world and give the people the requisites to make it big. Founder of Pakseos.com.

5 Types of Mortgage Loans, Which One Should You Choose?
Next