The mobile app development industry has grown so wide to the extent of serving as a hub for virtually everything anyone may ever desire in the digital world. Generally, creating apps has gone beyond the physical as it is rapidly becoming as nothing people have ever seen. Simply put, no one has ever been familiar with the current tech state as it seems as if people are just learning to adapt to whatever the industry brings to the table. Thanks to advanced iPhone app development, imaginations are now largely becoming realities.

These days, it is increasingly becoming possible and even much easier for top app development companies to create better user experience by integrating new technologies into their development processes. Evidently, there are several things (inventions) that could be created with iOS than application development. One of the new exciting ways developers and their agencies are using technology to transform how people work, play, and learn is through augmented reality (AR) integration.

Augmented reality (AR) has proven to be very effective at helping developers solve common human problems. When it comes to improving productivity, entertainment, and social engagement in the modern tech world, AR is one of the very first technologies to consider. No one ever thought of an interesting industrial revolution of this sort coming at a time like this.

Through iPhone app development, developers are now employing this technology to enable people do things that they couldn’t see or imagine themselves do before, such as navigating complicated spaces without the need of using a map, see how furniture would look in a space like a home or office, measure real-world objects, and even experience virtual entertainment in real-time.

Before now, augmented reality was only limited to sci-fi movies until it suddenly appeared to be a genuinely useful tool on smart devices. Generally, it was as if no one saw this coming being that the tech has been more of a novelty in the past. Obviously, it was iPhone app development that created the path for the innovation to come on board, all thanks to the successful launch of iOS 11 and 12.

This OS releases presented the almighty ARKit Framework designed by Apple itself that supported both developers and app development companies with the enabling resources and environment necessary for designing and developing functional AR-enabled applications for iOS devices. Basically, this feature seemed to have endowed these professionals with the dynamic power they need to not only improve but also transform the entire development process.

With these improvements, it wasn’t long before programmers began developing imaginative apps that would make their users’ apps much smarter. Now, several mobile developers and app development companies are adopting the platform to design functional applications with integrated AR abilities to simply create a more “realistic virtual experience.”

Welcome to a New World

Thanks to the ingenious invention of augmented reality (AR), iPhone app development has risen to become even more exciting and interesting than it used to be for both users and developers alike. The deployment of ARKit into the iOS platform has made it much easier for developers to create enriching AR experiences for iPhone users around the world.

Through this means, many top app development companies are working along with developers across a whole range of industries to create rich augmented reality experiences that are basically aimed at meeting users’ growing needs. Ultimately, iOS is taking one step forward and even going the extra mile to enable both developers and users to create and gain the best experience they deserve. Aside from helping to improve how virtual content is being viewed in the real world, another good thing about this technology is that it can be easily shared and transferred among users.

Unarguably, developers have managed to help AR find its true and useful calling in the entire mobile world. Just so you know, many app development companies are adopting ARKit to add new amazing AR features to their apps. The App Stores are already being inundated with these types of apps which are basically aimed at enabling people to gain more improved experiences.

A Technology That Never Fails

Programmers are taking advantage of the powerful hardware that Apple provides through its devices – iPad, and iPhone to seamlessly bring the virtual world into the real world. Now that iOS and its developers, as well as top app development companies, have succeeded to make augmented reality (AR) an actual reality, it is time for end-users to begin to have a more realistic experience with the technology.

Today, most top app development companies are adopting AR integrations to develop more functional apps for a range of industries. The gaming industry is one of several industries that has been well-struck by this technology. As engaging virtual content, iOS helped AR become even more popular with the successful launch of Pokémon Go in 2016.

Currently, this technology is going beyond the gaming industry and slowly finding its way into other market segments like entertainment, retail, and travel. It is now very common to find visually stunning apps developed by app developers that are seamlessly weaving AR into their apps with the aid of Apple’s ARKit. Apparently, it may seem as if the industry has hit its breakpoint but this can’t be true. Just so you know, there is no end in sight with these transformations, as they are all just getting started. 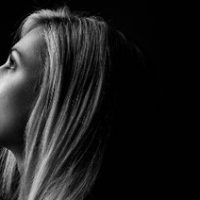 Sustainable home hacks: eco-friendly ways on how to clean your home
Previous

Joy and Physical Activity with Playful Songs for Kids
Next
We use cookies to ensure that we give you the best experience on our website. If you continue to use this site we will assume that you are happy with it.Ok