A Tale of the Gothic Fashion Style

Gothic fashion style goes back to the 18th and 19th centuries with mysterious, dark, antiquated and homogenous features marking the style. Gothic style is becoming an inspiration for other non-gothic fashion styles. In this article we would explain some items that are quintessentially gothic by nature.

Gothic fashion is identified by mystery, darkness, smoky makeup and elegant wardrobe pieces. But it may be surprising for some that Goths do not always wear black. A typical gothic fashion may consist of black fingernails, dark eyes, red or dark lips, dyed black hair and dark coloured outfits.

Several other types of fabrics are directly associated with Gothic fashion. These include leather, velvet, lace and so on to name a few. Under the broad umbrella of Gothic style there are many subcultures which one may know about. The Gothic subcultures differ from each other and each has some specific features and are born, inspired out if something.

The subculture’s extra emphasis on the macabre and sombre is accompanied by constant evidences of other themes which fit rather less neatly with a notion of a linear, long-term gothic history. For example, extra emphasis on some particular forms of femininity, for both the sexes, and goes far beyond the romanticism and macabre angst, associated with vampire fiction.

Notably, for some years, tops, Gothic jackets for women, PVC skirts, corsets, gothic trousers, have been the most popular Gothic clothing styles. The link of Gothic with fetishism, rock and punk more generally can be demonstrated with the constant display of tattoos, piercings, dyed hair and other gothic accessories.

One of the most popular types of clothing among the Goths have always been tees with logos of bands. During the course of the 1990s, another contemporary influence from the music culture, established itself as the focal point to the ever-evolving gothic fashion, especially in Europe. In search of new directions to implement a well-established set of sounds and looks, the music bands and their fans began to adapt elements of dance culture into the gothic sound and appearance.

In addition to the implementation of electronic and mechanical dance elements into otherwise gloomy forms of music, “cybergoth” involved the blend of more established elements of goth fashion with ultraviolet-sensitive or reflective clothing, neon makeup and braided hair extensions.

In spite of the variety of influences it has, Gothic fashion is a contemporary style in its own right, and has retained significant levels of distinctiveness and consistency for over 20 years. When put simply, since the mid-1980s, goths have always been recognised easily, both by one another and by many outsiders to their subculture too.

The attempts to interpret their distinctive identity as communicating a macabre state of mind are usually misplaced. What is symbolised through this, is a defiant sense of collective identity, which is based upon celebration of shared aesthetic tastes that relates primarily to music, fashion, and nightlife.

Men or women who love to dress the Gothic way should make sure they have loads of dark colours in their closets, along with some combat boots, corsets, some accessories like gothic candle holders, goblets and skulls to decorate the house, and some jewelleries. Warm colours are a big no no! Everything from buckled shoes, faux leather fabrics, imaginary lines, velvets and satins, make a great combination of Gothic style.

How to get into the get into Gothic fashion?

Getting into Gothic fashion might look challenging and difficult, as it may require a lot of thorough studies, but if it is conceived correctly, it will look fabulous and amazing in the world of fashion. You can blend with the style slowly as you feel comfortable so that you are criticised for the sudden changes.

You can also use different hair accessories for better emphasis. You can choose to colour your hair in multi-coloured dyes, though black tends to be the favourite base shade for this style. Try wearing at least one element of the gothic style, and implement more slowly, so that you can feel the fun and essence of it. 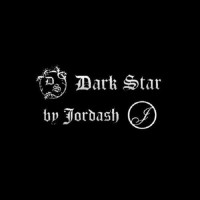 Hello, I am Tyler Baker, a Digital Content Writer, writing on behalf of Jordash Clothing. Jordash Clothing is a global wholesaler of a fashion brand that is passionate about gothic, vintage, ethnic, retro, and alternative clothing.

Health and Wellbeing: How to Keep Your Workplace Safe
Previous

7 Compelling Reasons to Take Parenting Classes
Next
We use cookies to ensure that we give you the best experience on our website. If you continue to use this site we will assume that you are happy with it.Ok