If you are among the curious set of people who have a desire to taste every tea leaf found and cultivated in every part of the world then you must have heard of oolong tea and some of you might have tasted also.

Let me brief you theoretically about oolong tea and its role in providing immense benefits to the tea drinkers.

You experience the old Chinese tradition along with each sip of oolong tea you would take. The varied taste and appearance of oolong tea makes it very differentiable from black teas and green teas. In other words, oolong tea is itself a category of tea. It entirely depends on the cultivation practices followed by the tea masters and the direction in which they process their teas.

Technically, oolong tea is made from the tea-like plant, camellia sinensis. The leaves of this plant are processed and cultivated in a similar manner as other teas are processed but the difference comes while oxidising the tea leaves.

It is said that oolong tea is partially oxidised but its oxidation process may vary within the range of 8% to 80%, depending on the style of processing tea leaves. A large oxidation range helps in preparing various types of oolong tea starting from least oxidised which gives it a fresh taste as of green tea to most oxidised giving it a malty flavour.

Apart from providing a gamut of tastes to its consumers, oolong tea also provides great health benefits. Some of them are listed below:

1. Reduces the risk of Heart Disease

Statistics have revealed that oolong tea consumers suffer a lowered risk of heart disease. It is believed that tea is a slow but natural healer. People who consume oolong tea since a long time are found to have lower cholesterol levels than the non-tea drinkers. The presence of caffeine and antioxidants in oolong tea improve metabolism rate, which benefits the heart.

Oolong tea is well-known for improving the brain functionality and also helps in preventing Alzheimer. Additionally, presence of caffeine in tea enhances the release of brain chemicals- norepinephrine and dopamine; thereby improving your mood.

Oolong tea is found to be one of the best remedies that cure skin diseases such as eczema. Studies have revealed positive results about the consumption of oolong tea and majority of the oolong tea consumers have shown moderate improvement in their skin. Consuming oolong tea three times a day for six months could provide you with positive results.

Oolong tea is enriched with flavonoids that prevent cellular damage and build our immune system. It is a type of tea that multiplies the antibacterial protein production in your body that would fight infection.

5. Works as an energy drink

Tea is indeed an energy booster whether you are at work or anywhere. The amount of caffeine present in the tea acts as an energy stimulator. Oolong tea approximately contains 50 to 75 milligrams of caffeine in every brewed cup. It further sharpens your thinking skills and heightens the awareness by increasing energy levels.

Oolong tea is known to relax the digestive tract in your body that improves toxin erection. However, there is no such full-proof evidence for the same. Generally, natural tea such as green tea or oolong tea are observed to regulate the cholesterol levels in a human body which often leads to a successful digestion and increased metabolic rate.

Reading the article would have startled you with that fact that how one type of tea can engender so many health benefits in it. But, it is assured that oolong tea does contain lot of health benefits. Some of the main benefits are covered in this article. 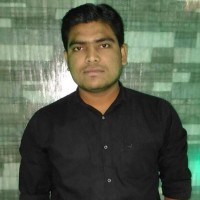 Vipul Makwana is a content marketing manager at "Techa" - the specialty tea boutique which provides a wide range of Specialty loose leaf tea online all over India. He is passionate about writing and loves to write about various topics.

How to Lower Your Energy Bill
Previous
Cleaning and Organizing Tips
Next
We use cookies to ensure that we give you the best experience on our website. If you continue to use this site we will assume that you are happy with it.Ok