6 Cases Proving That Animation Is Art

Animation has long been at the forefront of the art debate. It’s often considered an immature art form, something more suited to children than experience art critics. This nuanced issue has evolved as the animation process itself has changed.

There’s (relatively) little doubt the painstakingly hand-drawn frames of the early 1900’s is art, but now animation has moved into the digital sphere, where every smartphone is capable of basic animation, leading many to the debate about whether the animating technique still qualifies as art. Instead of muddying the waters with diffuse explanations of what is and isn’t art it’s much simpler to read on and let these examples speak for themselves.

It seems easy to suggest that age makes art. It’s rare for a piece of art to be recognised during its time and as the years go by even the most mundane scribbling of cultures long gone becomes art of it’s own right – consider the graffiti of ancient civilisations.

It may shock some to know that one of the first ever animations was created over a century ago. The “Matches Appel” uses simple stop motion to raise money to send matches to soldiers. This process would have been both time consuming and costly, which makes it even more fascinating that this animation was produced for a charity.

For those considering animation immature, this is the ultimate rebuttal – a philanthropistic effort to capture the attention of the public using what to them would have been quite incredible. This early style animation rightfully belongs at the beginning of any artistic animation gallery.

There’s little that needs to be said about the artistic merit of this incredible piece of cinematic history. The original animation team had little in the way of artistic training, although they were lead by one of the masters of concept art Albert Hurter.

Every single frame had to be hand-drawn, a process that took three years to create a one hour, twenty-eight minute masterpiece. The American Film Institute has awarded this masterpiece dozens of awards and critics at the time described it as “a work of art”; and really who are we to disagree with them?

“The iPod silhouettes” was a marketing campaign that became a pop culture phenomenon that lasted for 11 years. Animated adverts were mixed with static frames in a huge campaign that became an iconic piece of pop culture that perfectly encapsulated the effect the first iPod had upon a young generation – you’d be hard pressed to find a teenager in the 2000’s that doesn’t remember seeing these dancing silhouettes.

The black shapes set against brightly one colour backgrounds all sported the distinctive white headphones that apple became famous for. The simple animation of the adverts was set to new age electronic & house music, from artists such as Daft Punk, which became a key part of Apple’s marketing. While the distinctive figures never moved in a way that was quite human, they unmistakably portrayed the feeling of having music with you wherever you go.

This moving and beautiful film introduced millions to the incredible animation skills of Studio Ghibli. In 2016 it was voted as the fourth best film of the 21st century, unsurprising for anyone that’s seen it.

Based upon Japanese folklore, this gorgeously animated visual feast with great concept art tells the story of a young girl forced to work at a bathhouse for spirits after her family are turned into pigs. The list of accolades for this film is too long to go into, but stunning animation won universal acclaim. The animation was based on shōjo manga, a popular art style in Japan, but it took the careful mind of the famous Hayao Miyazaki to turn this into a fully animated picture for the western world.

Finally we come to animation today. The process has been greatly simplified thanks to technology, allowing anyone with a computer or smartphone to become an animator. The sheer amount of talent and desire for creativity allows for more artists than ever before to be employed in a range of fields, which has yielded some unexpected results.

One of these is the explainer video, created by the mix of art and corporate culture. Widely popularised in 2009, an explainer video made by Dropbox was watched by 25 million people. Before long the practice became standard, especially in industries with difficult to understand products, such as medicine or tech, animated explainer videos thrive. Art historians will look back at this period as a time when animated art exploded, with hundreds of thousands of ideas illustrated in unique and varying styles, each with their own story; popular culture and business marketing will never be the same.

Through these examples, it becomes clear that animation is not an immature art form. It’s taken over a century for the medium to develop into the form that most recognise it as today, with many masterpieces and visual sensations created along the way. The current mix of art and corporate culture is having a huge impact on pop culture, especially as animation continues to reinvent itself in new and exciting ways; there really can be no question that animation is a diverse and incredible artistic style. 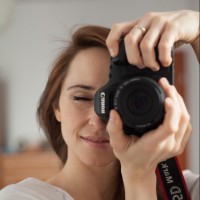 Frankie Caplan is an animator interested in applying animation to art and business projects. She loves independent film, old-school illustration and animation movies that don’t end happily ever after. You can find her writing at Pigeon Studio.

8 Wonderful Natural Oils For Wrinkles You Should Try
Previous