5 Best Tourist Spot to Visit in the Philippines

Located at the very eastern edge of Asia, the Philippines is home of 7,000 islands, which are inhabited with combined culture and different religions, yet the country is often overlooked by travelers. From pristine beaches and tremendous natural wonders, the Philippines has many exciting things to do and to see.

The Philippines has not only have marvelous natural wonders but also with amazing people. This nation is known as friendly and hospitable. Every time you thought people couldn’t get any friendlier but they would exceed your expectations.

These 5 marvelous tourist destinations in the Philippines will surely convince you to visit again and again. 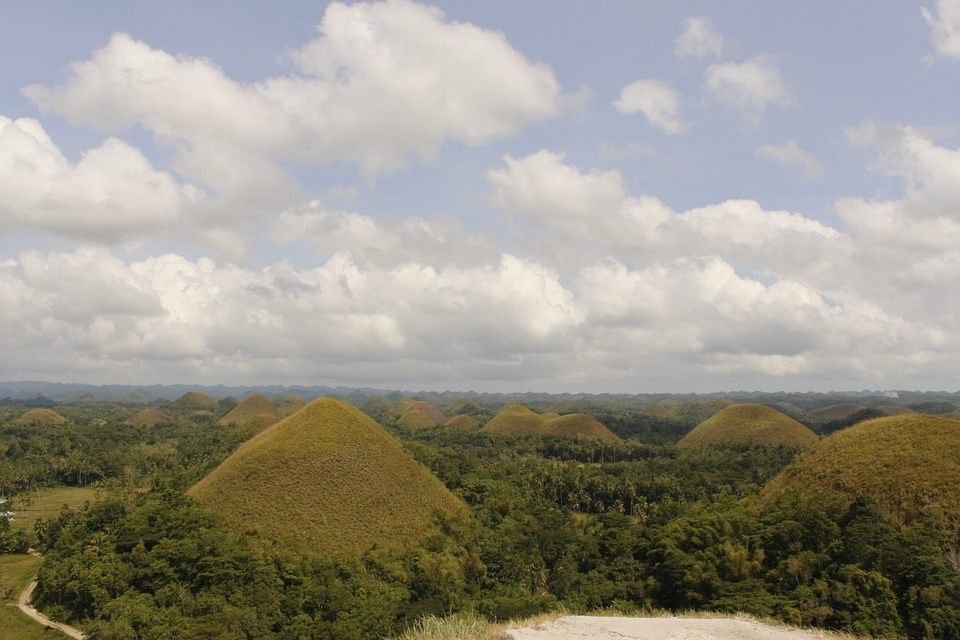 One of the famous tourist attractions in the Philippines, the Chocolate Hills are geological formations that can be found in the province of Bohol. It consists of at least 1,268 to about 1,776 individual hills scattered over an area of more than 50 square kilometers (20 sq mi). The symmetrical size of each hill range about 98 to 164 feet (30 to 50 meters) high. They are covered in green grass that turns brown (like chocolate) during the dry season, hence the name. They are featured in the provincial flag and seal to symbolize the abundance of natural attractions in the province.

It is the second highest falls in the Philippines. It is a waterfall of the Agus River on the Island of Mindanao and is a landmark of Iligan City. It is also known as “twin falls”  because the flow is separated by a rock at the brink of the waterfall. Because of the presence of more than 20 waterfalls in the city, Iligan City is also known as the City of “Majestic Waterfalls”.

Maria Cristina Falls has located 9.3 kilometers away southwest of the city proper at the boundaries of Barangays Maria Cristina, Ditucalan, and Buru-un. This 320 – feet (98 meters) high waterfall is also a primary source of electric power for the city’s industries which is brought under control by the Agus VI Hydroelectric Plant and is operated by the National Power Corporation. 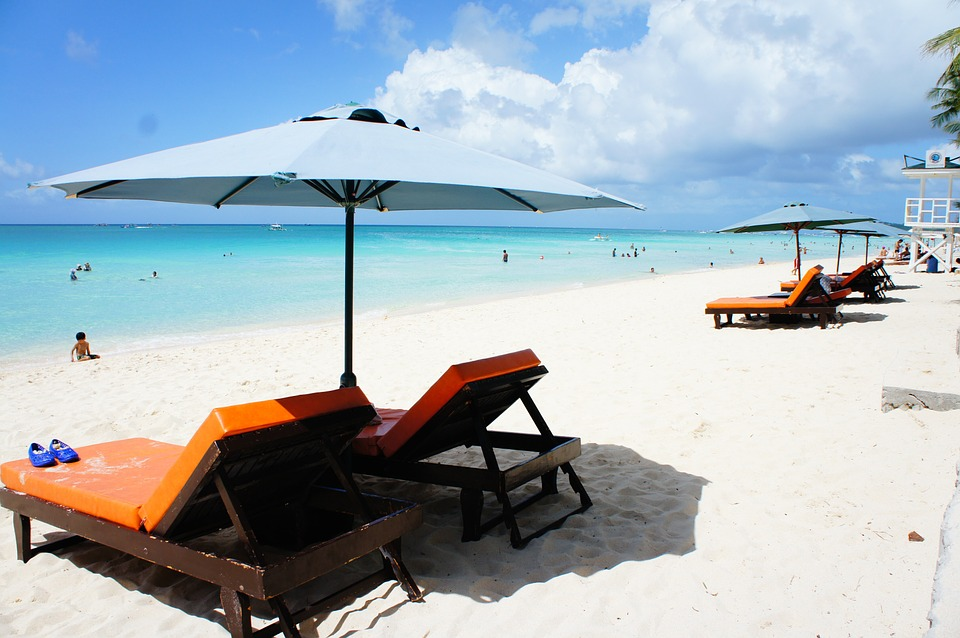 After it was closed in April 2018 for 6 months renovations to resolve the environmental issues surrounding the island, Boracay is now reopened to the public with a set of new rules meant to address a variety of issues. A variety of infrastructure was also being built.

Boracay is a small island in the Philippines located approximately 315 kilometers (196 mi) south of Manila and 2 kilometers (1.2 mi) off the northwest tip of Panay Island in the Western Visayas region of the Philippines. Maybe it’s a small island but it packs great features such as award-winning beaches, beautiful resorts, and great adventures like cliff diving, parasailing, motorbiking, horse riding, snorkeling, kite surfing, and scuba diving.

Apart from its white-sand beaches, Boracay is also famous as one of the top destinations for relaxation. When the sun sets, Boracay night-life pulsates with many bars and restaurants serving food, drinks, and fun until dawn. It is, after all, the country’s most well-known beach attraction, listed and featured as the best islands in Asia and in the world.

Exploring into this dark, eerie, and huge cave were first met with hesitation and spine-chilling moments. It is a one-of-a-kind adventure for everyone who wishes to experience.

Located on the northern coast of the island of Palawan, Puerto Princesa is one of the most ancient and iconic landmarks in the Philippines. It is a cave system that flows directly into the sea. Protected within a national park, this natural wonder is the world’s longest navigable underground river. It is home to a very diverse ecosystem including the prominent – bats.

No wonder, it became one of the New 7 Wonders of Nature and a UNESCO Natural World Heritage Site. 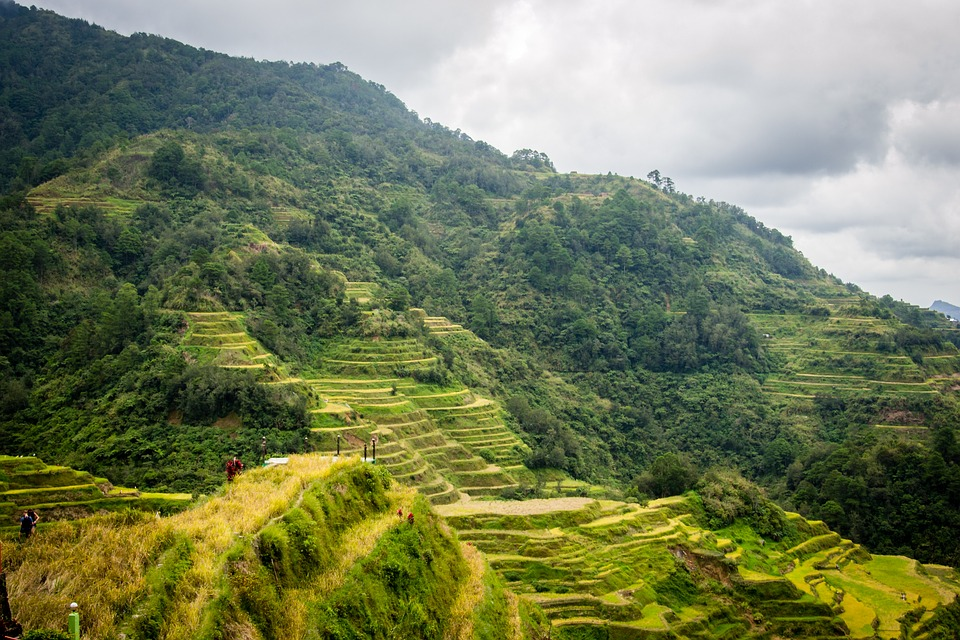 No trip to the Philippines could ever be complete without visiting the wondrous Banaue Rice Terraces. Carved from the mountain ranges about 2,000 years ago without modern tools by the Ifugao tribes, these magnificent farm terraces resemble giant steps reaching up to the sky. Locals to this day still plant rice and vegetables on the terraces, although more and younger Ifugaos do not find farming appealing and emigrate to the cities.

The terraces are occasionally called the “Eighth Wonder of the World”.

Now you have a guide for your trip to the Philippines. There are many adventures and wonderful places you can visit while you’re there. Sometimes, you don’t have to plan too much. You’ll just discover different places on your own and you’ll love the many surprises that the Philippines has to offer.

Also, don’t be afraid to try the local stuff such as food, drinks, and the other things that the locals love. Take the time to talk to the warm people in the Philippines so you can experience their wonderful culture.

There are many places to visit in the Philippines. What you have to remember is to have fun and amaze with the tremendous natural wonders. So, what are you waiting for? Get your calendar and schedule your trip!

Daniel Medalla Jr. is a travel enthusiast. He loves to have some epic experience and builds some memories that will last a lifetime. During his free time, he relaxed his self on the beach, sitting on the white sands and watching the waves on the ocean. He also loves doing some adventure activity like mountain climbing. As a travel enthusiast, He loves to write and give some piece of advice, tips, and guides to the first timer and a solo traveler.

Essential Tips To Avoid Creating A Big Mess In Kitchen
Next