To be fair, a mature and sensible woman is smart enough to make the right decision when it comes to her office attire, even in the absence of an official dress code policy. She obviously won’t go to work wearing something that should be worn at a club or some beach shorts with flip-flops.

So why can’t we let women follow their own styles instead of forcing them to follow a particular dress code? Instead of intimidating women with a dress code, why not let her bring out her creative energies? Here are some thoughts on why women need to be allowed to follow their heart when it comes to office attire.

It is obvious that when a woman is worried about how suffocating her pencil skirt is or if she’s getting irritated by her pocket square, she will not be able to focus.

When a woman is forced to wear something she does not like, she can never be at ease, neither physically nor mentally, so how can she perform to the best of her abilities in such scenarios?

#Everyone Should Be Allowed to Follow Their Cultural Values

It is indeed saddening that even in today’s world, we continue to objectify and sexualise women and force them to comply with their office’s clothing policies, even when these policies are against their personal or cultural values.

We’ve often seen scenarios in which if a plus size woman wants to wear something like leggings and a fitted tunic, she is discouraged from doing so or is looked down upon in many office settings, even when every other woman in the office is wearing it.

Similarly, many women want to wear modest outfits to work such as hijabs, as they represent their culture or religion, but they’re unable to do so because of the stringent office policies.

#You Are What You Wear

Whatever a woman wears will determine how confident she feels about herself. So clothes don’t just influence how other people see you; they affect your own personality too. So since we ultimately become what we wear, it is extremely important that we’re happy with the right clothes.

When women are not happy with their outfits and are simply trying to confirm with the office policies, they are actually being forced to conform to the expectations. At the same time, they also want to be comfortable, look unique while being themselves, and all this pressure and burden can make the office routine seem dull and boring.

Why is it that we are still unable to focus on a woman’s intellect, abilities and skills instead of her outfit? It’s unfair for women to be worried about their clothing at work when their attention and energies can be much better utilised elsewhere and it is surely one of the reasons for women’s insecurities at workplace, along with affecting their job productivity. 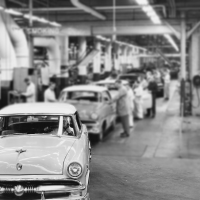 Sarah is a hijabista and fashion consultant at Modanisa. She is really keen on styling up casual and elegant outfits to look beautiful, yet modest. She’s always trying out new fashion trends and styles, and she happily shares her ideas with women from all over the world.

How to Design a Dreamy Vintage Bedroom
Next
We use cookies to ensure that we give you the best experience on our website. If you continue to use this site we will assume that you are happy with it.Ok